This email address is being protected from spambots. You need JavaScript enabled to view it.

Jennifer Taylor Hodges, BT - Co Chair
This email address is being protected from spambots. You need JavaScript enabled to view it. 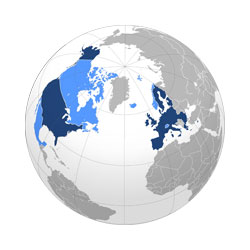 The BABA Trade and Policy Committee provides a forum for identifying, discussing, and promoting policy issues of importance to our members and to the US and UK more broadly. We work closely with the British Embassy in Washington, US government partners, our member companies and other associations to deliver high quality programs that address timely and important issues around the bilateral relationship. As the UK seeks to redefine its external commercial arrangements in the wake of the referendum to leave the EU, BABA and the Trade and Policy Committee will strive to play a critical role in discussions around the future of the UK-US economic partnership, trade with Europe, and policy issues critical to businesses on both sides of the Atlantic.

Statements - In 2014, the Committee issued a policy position paper on the Transatlantic Trade and Investment Partnership (TTIP). In 2015, the Committee circulated a letter to Congressional offices in support of Trade Promotion Authority.

Since the Committee was launched in spring 2014, we have held a number of events on trade and other policy issues. Among others, our list of programs to date includes:

The Committee has heard from and shared our views with a range of distinguished guest speakers including:

The current members of the Trade & Policy Committee are as follows:

Back to the Top ^